There are many TV shows that could possibly qualify as one of my favorites.

Touched by an Angel is one of them. A team of three angels is assigned to help a human in a difficult situation. They must appear undercover, assuming a persona and occupation that will allow them to become a regular part of life for their assignee. They’re allowed to be friendly, as long as they don’t reveal who they really are … unless their person has figured it out first. They can help things along a little by using their heavenly powers but it would have to be done discreetly.

The angel personalities are so different and that’s a big part of the appeal. The older lady is bossy, the younger is tender hearted and helpful. The sweet guy fills two roles; he is also the angel of death.  Most of the time, though, he just makes himself useful. When the three of them have trouble seeing eye to eye, as often happens, the carrying out of their assignment is a challenge — so much fun to watch.

Twice in a Lifetime is another of my favorite TV shows. There is just one angel this time. He’s been given advanced warning and he’s already in place waiting for the event. It is always a premature death of  someone who has managed to made a mess of their life. Sometimes the cause will be bad attitudes, bad choices, or both.  The angel (a cute young guy) will take the newly deceased person before a heavenly judge (an older man with a twinkle in his eye and a heavy hand on his judge’s gavel). To address confusion about why they are there he will show flashbacks of their life, highlighting their bad choices. If they exhibit understanding and remorse they will qualify to attempt a do-over. If they agree to his terms they will be sent back (accompanied by the cute angel) to an earlier  date in their life. They won’t go back as themselves but in some other role meant to cross paths with them. They have several  weeks to convince their younger self (without direct influence) to change their ways. If they are successful their life path will change, avoiding the dreaded death scene. Of course, this is never as easy as it sounds. So many things can go wrong, and usually do. The angel’s patience is severely tried at times, as he attempts to coach them toward a good ending.

The Shack by William P. Young is a book that reminds me of an extended and expanded episode of Touched by an Angel. The similarity is in the part heaven plays in changing lives and it always takes patience on the part of the angels.  They can’t cause, or convince anyone to do anything. They need to find loving ways to influence, but not force, people to make changes and good choices. Fortunately, for the struggling humans, angels do not give up easily.

The Shell Collector’s Daughter reminded me of these past enjoyments and I had to share them as an introduction to this heart warming story. 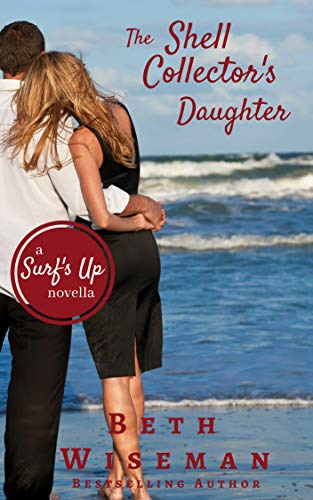 Carianna has an unusual and close  relationship with God… has had all her life. Every Thursday she has afternoon tea with Him, and they talk. She listens to him every other day, too, but Thursdays are special. The rest of her routine for the week, Monday to Friday, has her catching the early ferry to Shell island. She stays until she has her day’s quota of beautiful gleanings for her father’s shop

Her kindness is legendary. She is loved by everyone in the village, and they take her safety personally. Her father is grateful because Carianna is very beautiful and has gained the unwanted notice of many men, young and otherwise. As protector, he has a  fierce reputation with the men of the village and beyond. So far, not one of the local men has ever gained his approval and they value their life too much to make any unsanctioned moves toward his daughter.

Carianna is oblivious to all of the drama.  She’s never shown any interest in a boyfriend, never mind a husband. This is going to have to change. Her father has been diagnosed with cancer and time is quickly running out for him. He’s worried. He’s trying to plan a safe future for her life without him.

Reporter Dominic is spending time on her beach researching an article for a travel magazine. There are a number of beaches in the country popular for shell collecting and this is one of them. He’s writing a fluff piece, really, but since he’s still grieving the death of his mother he appreciates the simple distraction of an easy subject. Other than work, he has nothing  on his mind, not even attractive women. The very last thing he wants to consider right now is love. That’s why it’s such a shock when he encounters a beautiful young woman; feeling an instant and strange bonding with her. She is unlike any one he has ever met. He can’t quite find a way to adequately describe the aura of puzzling innocence about her. The unsettled feeling each time he sees her has him attempting to escape.  It never works. Somehow he finds himself drawn back into her life instead.

This afternoon she’s insisting on taking him home to meet her father. Dominic is trembling in his boots. A fellow passenger on the ferry to the beach told him what would happen if her father ever saw him showing interest. Now he’s in shock; her father has just issued an  invitation for him to stay and share a meal with them … a confusing, and scary  development.

She’s not surprised at her father’s invitation. God has been whispering in her ear. He’s shared with her the description of a man … this man.

Beth Wiseman has done an awesome job, telling this beautiful and unusual story.

Now comes a varied selection of interesting, sometimes scary, sometimes compelling,  books. Hopefully you will find them enticing too. 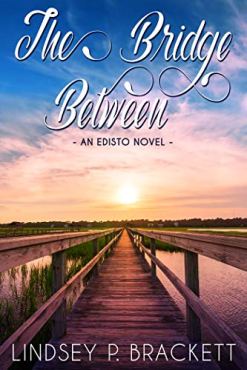 An Edisto Novel – The Bridge Between – Lindsay P Brackett 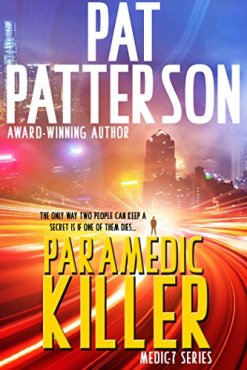 To Claim Her Heart – Jodie Wolfe

Happy Reading, ’til next week.