BookRunes has a FREE suggestion for us today.

Josephine Nordegren is one of three sisters who grew up nearly wild in southwestern Colorado. She has the archery skills of Robin Hood and the curiosity of the Little Mermaid, fascinated by but locked away from the forbidden outside world–a world she’s been raised to believe killed her parents. When David Warden, a rancher, brings in a herd much too close to the girls’ secret home, her older sister especially is frightened, but Jo is too interested to stay away.

David’s parents follow soon on his heels, escaping bandits at their ranch. David’s father is wounded and needs shelter. Josephine and her sisters have the only cabin on the mountain. Do they risk stepping into the world to help those in need? Or do they remain separated but safe in the peaks of Hope Mountain?

While checking out this free book (above) I found bargain books for most of another series by this same author. A Texas Lawman Romantic Suspense. It’s cool to have easy access to this much of a series, although a box set would have been even better. They are all in the $1.40 range.

Trudy Jennings is a college professor with a string of bestselling pop psychology books about answering all of life’s troubles with love.
Ben Garrison is her student. He’s a hardened cop who needs this class to get his degree, but he can’t keep a straight face. He tells her she’s right, as long as she lives in her cushioned, safe life. But for him, using her philosophy, he’ll be dead by the weekend.
A stalker is coming after kindhearted Trudy, and Ben is there to protect her. Trudy faces her first true challenge to turning the other cheek. Her stalker keeps coming despite her kindness and she feels like a failure that she can’t help the confused and frightening man.

Jacie Moreau is a tough-as-nails security specialist who works with the Long Pine Texas police. She takes care of herself and doesn’t ask for help from anyone.

Brett Garrison is an odd-man-out in the Garrison family. He’s a soft-hearted veterinarian from a family of daring Texas lawmen.

Jacie runs afoul of a hired killer and no one is there to step between her and danger but Brett.

Brett’s good-hearted plan to care for the most beautiful woman he’s ever seen draw an assassin’s attention.

Jacie never needs help, but Brett’s kindness when she is so vulnerable sneaks past all the emotional walls she’s built around her heart.

The killer keeps coming and their only hope is to run. And as they run they try and figure out who’s hired a killer, and why, and how to stop him.

Not all the Garrisons are guys.

Beth Garrison is the top hostage negotiator in Rocky Ridge, Texas. She’s called to serve on a task force to investigate a killing that is a copycat of her first bust as a rookie.

Tate McCade has a reputation for steamrolling anyone who gets in his way and he’s had a run-in with Beth and her oversized ego before. He’s got a bruise on his face to prove it.

They have to work together and sparks are flying that aren’t all about the job.

An assassin takes a shot and hits two people with one bullet.
Natalie Brewster, a deep undercover agent for a group that doesn’t officially exist, saw the gunman aiming. He definitely waited, lined up the shot, and tried to kill both of them. Nat and Case Garrison hit the ground bleeding. They both come up shooting and kill the assassin—but that just makes him mad.
Now Case and Nat, who have never before met, have to figure out what they have in common to make them prey for a killer.
And they have to do it while running for their lives because, despite the two of them being highly skilled at keeping a low profile, the killer keeps finding them. They are running at break-neck speed, hiding with all the skill of long-time undercover agents, and falling in love with a passion that might be part of what brought a killer down on them. 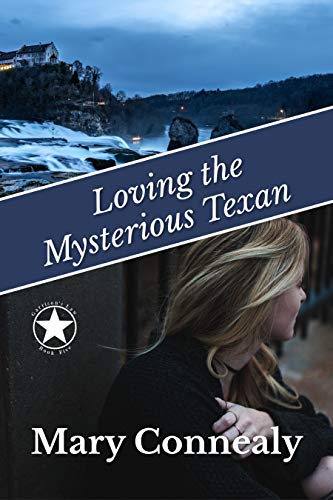 Garrison’s Law enters the Gothic Romance Genre.
Amnesia, murder, treasure and ghosts.
A woman wakes up next to a dead man with no idea how she got there, who he is…..who SHE is.
Grey Devereau drags a terrified woman out of his cousin’s bed…his very dead cousin. It looks for all the world like she killed him. But then everyone who knows Victor wants to kill him eventually. Grey included.
Lanny Cole, the young woman hired to research the history of the Devereau family, can’t remember a thing.
Grey steps in with an alibi and Lanny realizes that if Grey is her alibi, then she’s his. She decides to trust him, but then she’s suffered a head injury. So she’s probably making one stupid decision after another.
And then someone else dies. And a hurricane cuts them all off from help. And then someone else dies….
And the rumors of ghosts and treasure can’t be true. Sure Grey saw the ghost, in fact, he’s pretty sure the ghost saved his life as a child. But he was upset at the time and he doesn’t believe in ghosts.
Chills and thrills abound in an old island home built by a loathsome pirate. He’s not a Garrison, but when he gets in trouble, he turns to his old friend Case Garrison for help.
Garrison’s Law just got spooky. 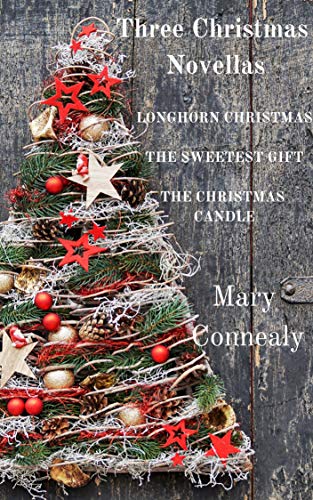 Longhorn Christmas
Netty Lewis, a lonely young widow is saved from a raging mama longhorn by a passing cowboy who’s been wandering since the end of the Civil War.
She needs help surviving her rugged life and caring for Jeremiah, her young son. And that means rounding up a nice-sized herd of wild-as-wolves longhorns.
Netty and Roy, along with Jeremiah begin a journey toward Christmas, family, home and love.
And a herd of longhorns are making the way hard.

A sweet re-telling of The Gift of the Magi–with a happy ending
The Sweetest Gift
She longs for music. He needs a valuable horse to improve his herd.
When Christmas comes the gift they truly give is the gift of love.

The Christmas Candle
A lonely widower with a pair of out-of-control sons he never got to know while their mother was alive.
A woman with a love of nature and beauty and scent…and the little boys seem determined to destroy her way of life.
A feisty Ozark mountain granny who doesn’t put up with much nonsense.
The gift of a candle for Christmas and a Christ child who is a perfect match for this scent of heaven.

I’m currently reading and enjoying a collection from December 2019 that is no longer a bargain.

I see I have read book 1, a few years back, but I’m reading it again as a refresher before moving on to book 2.

A heartbroken chef and a burned-out doctor seek solace and a new beginning on a tiny Puget Sound island at the Wildflower B & B, and discover the bed and breakfast is a place of healing, adventure, and romance. Book one in the series.

A land developer with something to prove comes to Wildflower Island to develop her family’s land. She soon finds herself at odds with adjoining property owner. If only she wasn’t attracted to him. Book two in the series.

A metal sculptor gave up on art when her creativity was zapped by another person’s actions, she takes a job on Wildflower Island. She never imagines that a job at the Wildflower Resort will turn everything in her life upside down.

A lonely widower throws all his energy into raising his teenage daughter, but when he is promoted to manager of the Wildflower Resort, things at home don’t go as smoothly as planned. Worried about his relationship with his daughter, he seeks advice from a feisty-but-sweet newcomer. Will she help smooth his path or will things only get more complicated? Book four in the series.

A Love To Treasure (a new series)

School teacher Nicole Davis is on summer break, but this vacation is unlike any other. Her beloved Grandmother’s final wish has landed Nicole smack in the middle of her favorite destination—Sunriver, Oregon, following Grams’ clues on a mysterious scavenger hunt. Unexpectedly, Nicole finds more than just a fellow sleuth in a handsome police officer, Mark Stone. But Mark must return to his job in Portland at summer’s end, and Nicole must guard her heart.

Mark is hoping for a quiet summer in Sunriver as he contemplates his future in law enforcement, but a string of burglaries draws him from his self-imposed break from detective work and thrusts him into the middle of the investigation. To complicate matters, Nicole is in jeopardy, and he knows his growing feelings for her could cloud his judgment. Will their differing career goals be the end of their summer romance—or just the beginning of forever after? Book one in the series—book two and three available on Amazon or via Kindle Unlimited today!

on this cloudy and coolish day. It’s crazy how we go from Air Conditioning to Furnace in just days. Today is a furnace day for sure. A good day for the comfort of reading.