BookBub has a FREE suggestion

The Forgiving Hour: A Novel

Twelve years ago, Claire Porter thought her entire life was over when she learned that her husband, Dave, was having an affair with a young college student. Following their divorce, Claire started over, including changing back to her maiden name of Conway.

Claire now feels pretty good about her accomplishments. She has raised a wonderful son, Dakota; enjoys her work; and finally has a new love. When Dakota informs her that he is engaged, she looks forward to meeting his fiancée, even as she wonders if 31-year-old Sara Jennings is too old for her “little” six-foot-plus boy.

LPC Books has a FREE suggestion from an author I’ve not read before.

For twenty-something Sara Witherspoon and her group of friends, a perfect Southern summer includes lake-house getaways, wedding planning, outdoor concerts, and a dash of romance. But for these seven friends who love each other like family, this year, summer rolls in with changes for everyone.

Sara’s longtime crush, Luke, has been her best friend for as long as she has been a part of the group. When Luke begins seriously dating another of their friends, Sara’s forced to deal with her hurt and jealousy, while outwardly try to support them both.

While Sara comes to terms with her own heart and her friends’ relationships, an unexpected handsome pilot from North Carolina and an old flame are thrown into the mix. Knowing her heart suddenly becomes much more complicated.

But as time unfolds and friendships begin to unravel, Sara and the others are presented with the reality of what a season of change does to old friendships and new love interests.

A second FREE suggestion from LPC Books showed up fro me a year ago.

Sara, an expert computer hacker, knows better than to trust anyone—certainly not the powerful and crooked business mogul for whom she works. But there is no future for the life of a thief. Determined to find a way out, Sara devises a scheme to double-cross her employer and steal millions through one final fatal transaction.

Desperate and on the run, she finds temporary sanctuary with the mysterious Derry Conway. As the FBI closes in and her former associates seek revenge, Sara tries to escape but finds all avenues blocked. Trapped, she sees only one road out—Derry must take the fall and pay for her crimes. But will it work? Is her freedom more important than the life of an innocent man? Or will Sara make the ultimate sacrifice to save those she cares about?

Another FREE suggestion from last fall.

Lord of Her Heart

Lady Jocelyn Ashburne suspects something is amiss at her family’s castle because her father ceases to write to her. When she overhears a plot to force her into vows—either to the church or a husband—she disguises herself and flees the convent in desperation to discover the truth.

Malcolm Castillon of Berkham is determined to win the next tournament and be granted a manor of his own. After years of proving his worth on the jousting field, he yearns for a life of peace. Rescuing a scrawny lad who turns out to be a beautiful woman is not what he bargained for. Still, he cannot deny that she stirs his heart like no other, in spite of her conniving ways.

The book I’m currently reading is still a bargain at $1.24 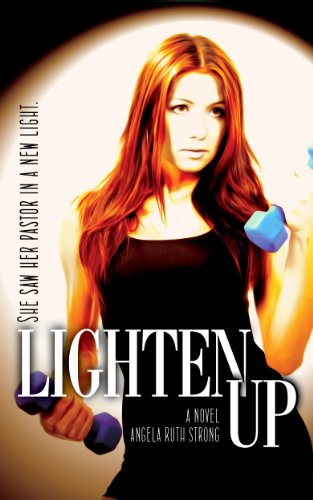 Bethany Light is the daughter of a minister who can’t forgive her father for running off with the church secretary. She goes to her own pastor for counsel, never expecting to fall in love with him. To make matters worse, she’s personal training his fiancé in preparation for the big day and somehow ends up in their wedding.
Refusing to make the same mistake her dad made, Bethany tries to focus on fixing her family rather than face her own issues. How could a household that used to have it all together have fallen so far from grace? And how can she keep from following in her father’s footsteps when it feels so right?