Today is a browsing kind of day. Bereft of suggestions. I’m left grieving.

But not for long. Browsing has been a little bit fruitful already. Maybe it will turn into something more than a little. 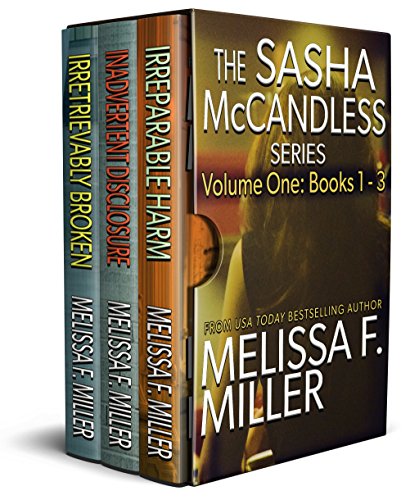 After eight long years, Sasha McCandless is about to make partner at a prestigious law firm. When a plane operated by her client slams into the side of a mountain, killing everyone aboard, Sasha gears up to defend the inevitable civil lawsuits. She soon realizes the crash was no accident: a developer has created an application that can control a commercial plane’s onboard computer from a smartphone. Sasha joins forces with a federal air marshal, and they race to prevent another airline disaster. But when people close to the matter start turning up dead, Sasha must rely on both her legal skills and her Krav Maga training to stop the madman before he kills her.

Six months after an airplane crash altered the course of Sasha’s professional and personal life, she’s focused on building her solo law practice and tending her budding relationship with federal air marshal Leo Connelly, who helped her stop a madman. When she drives from Pittsburgh to rural Clear Brook County to argue a discovery motion, she finds a town bitterly divided over the issue of hydrofracking the Marcellus Shale. Outsiders from the oil and gas industry and environmental activists threaten to rip apart the community’s fabric. Then the town’s only judge is murdered, and Sasha can’t just walk away. As she works to find the killer, she must race to save the town before it fractures beyond repair.

The venerable law firm of Prescott & Talbott is reeling from the murder of partner Ellen Mortenson — purportedly at the hands of her estranged husband — when a photograph of the dead woman arrives, her face Xed out and “ONE DOWN” scrawled across the bottom. Within days, a second partner is murdered, her husband also accused. Sasha doesn’t practice criminal defense, so she’s suspicious when her former firm asks her to represent Ellen’s husband. Owing Prescott a favor, she takes the case and soon finds herself representing not one, but both, of the so-called Lady Lawyer Killers. The long hours jeopardize her relationship with Leo Connelly when he needs her most. That’s the least of Sasha’s troubles, though, because what she doesn’t know is that the real killer is waging a vendetta for a past case gone wrong. And there’s one more lawyer on his list.

Another FREE collection. I don’t recall reading anything by this author. There are only 177 pages total so each story will be short. A quick read. 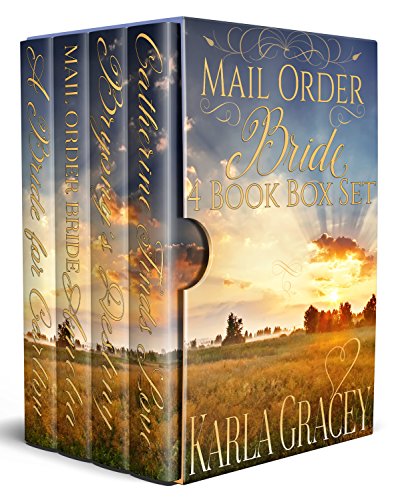 A FREE book from last fall. I don’t believe I’ve read this yet. 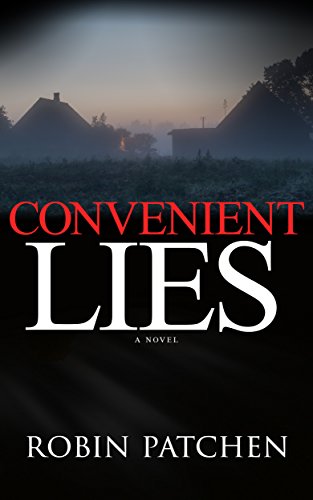 She married her enemy…

When investigative journalist Reagan McAdams discovers her new husband is part of an international crime family, she flees Paris with their newborn and returns to her childhood home in New Hampshire to gather enough money to disappear forever. She’ll do whatever it takes to protect her son from his criminal father.

He never quit loving her.

Rae’s first love, Brady Thomas, discovers she’s home and in trouble. She won’t tell him what’s going on, but he’s a detective. He’ll figure it out. He’s going to protect her and her son, whether she wants his help or not.

Rae would love nothing more than to fall into Brady’s arms, to allow him to protect her and her son, but getting involved with him will only put Brady on harm’s way. When Rae’s husband closes in, she has to decide what—and whom—she’ll sacrifice to save her son.

This next one is also FREE. I’ve read this author before but need a refresher. 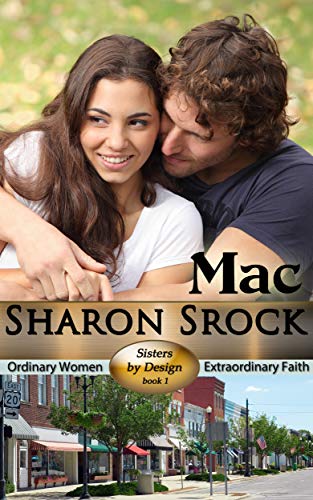 After separating herself from the oppressive cult where she was raised, Mackenzie Soeurs has two dreams: to give her son Riley a better life than she had, and to live in peace, as far from the harsh God of her past as she can get. At least that was the plan until her son got hauled to jail for theft and she lost the mother she never truly understood. In the darkest moments of her life, Mac finds herself surrounded by a group of Christian women she can’t understand and a handsome man, willing to take her son under his wing.

Dane Cooper, Garfield’s former bad boy and groom left at the altar, can’t deny his initial attraction to Mackenzie. Neither can he resist the urge from God to mentor her delinquent son. How can he guard his battered heart and still give Riley the same second chance he was given?

When Jesse, Charley, Randy, and Alex signed up for Mac’s first fitness class, they were looking for someone to whip them into physical shape. What they found was a woman bound by a cruel history, suffering through a tragic present, and in desperate need of a friend…or four.

Nine books today, if you count each book in the two collections. This should be enough to keep us occupied for a while.