The new site 1531 Entertainment has a book for us today, Secret Angel a bargain at $1.31. I noticed there are lots of other Christmas books on sale right now too, if you are interested. They show up in the feed when searching for this book.

Doctoral student Hannah Wagganer has big dreams of leaving her hometown of Glen Arbor behind to teach at a large university. That is, until Jasper Morgan, the new mail carrier, arrives in town. Not only does he send Hannah’s heart racing, but he creates an instant bond with her cat, Jingles…..

…..  a series of unexpected blessings occurs that changes the town’s focus: first, an anonymous donor pays to have the church furnace repaired, and then other locals suddenly find solutions to their problems. Is it coincidental, or the work of a secret angel?

While browsing for something other than Christmas stories, I found a few Christy Barritt bargain books. Rains of Remorse is book 5 in the Lantern Beach Romantic Suspense series. $1.30 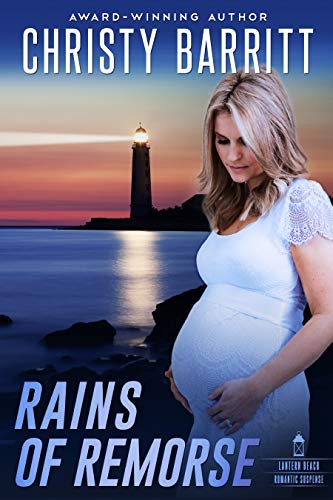 A stranger invades her home, leaving Rebecca Jarvis terrified. Above all, she must protect the baby growing inside her. Since her estranged husband died suspiciously six months earlier, Rebecca has been determined to depend on no one but herself.

Her chivalrous new neighbor appears to be an answer to prayer. But who is Levi Stoneman really? Rebecca wants to believe he can help her, but she can’t ignore her instincts.

Colton Locke can’t forget the black op that went terribly wrong. Desperate for a new start, he moves to Lantern Beach, North Carolina, and forms Blackout, a private security firm. Despite his hero status, he can’t erase the mistakes he’s made.

For the past year, Elise Oliver hasn’t been able to shake the feeling that there’s more to her husband’s death than she was told. When she finds a hidden box of his personal possessions, more questions—and suspicions—arise. The only person she trusts to help her is her husband’s best friend, Colton Locke.

Escaping home to Oxford, Mississippi, seemed like a good idea. Until it wasn’t.

A year after a tragic accident in Los Angeles flipped her world upside down, advertising guru Sarah Beth LeClair is still hiding away in her charming hometown of Oxford, Mississippi. And she may well be stuck there forever. Suffering from panic attacks, she prays for healing. Instead, her answer comes in the form of an arrogant football coach and an ugly puppy.

Former celebrity college quarterback Jess McCoy dreamed of playing pro football. One freak hit destroyed his chances. Although he enjoys his work as the university’s offensive coordinator, his aspirations have shifted to coaching at the highest level. His plans of moving up are finally coming together—until he falls for a woman who won’t leave town.

As the deadline for Jess’s decision on his dream career looms, the bars around Sarah Beth’s heart only grow stronger. But it’s time to make a decision about leaving Oxford.