Slim pickings this morning, from the regular sources, but Amazon has a few for us.

The Healing Touch is FREE and looks interesting. I’ve read author Kit Morgan before but not this book. I’m looking forward to it.

Jack Carlson spied for the union army for four, long years and what did he get for his trouble? Blindness. Battered by the war and lost without his sight, he seeks refuge in Cutter’s Creek, Montana. There he hopes to heal his bitter heart. But he’s going to need a lot more help than what he can come up with. His cousin, the local preacher, thinks so too and sends off for a mail-order bride for him, praying a wife will do the trick.
Willow Bennett has been in love with the same man all her life. As a young girl she followed Jack Carlson and his friends until they managed to out run her. As a young woman…well, a girl can dream, can’t she? Imagine her surprise when she becomes a mail-order bride and discovers Jack is her intended! That’s not the only surprise she gets in this story of forgiveness, hope and love.

Another FREE book, The River Between, also new to me 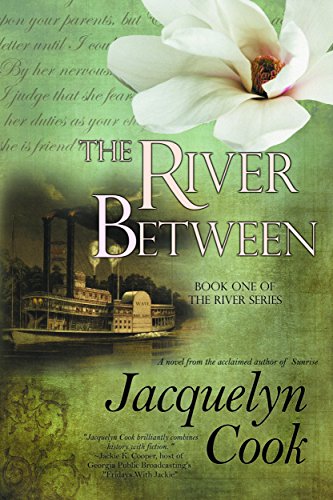 The river brought a handsome stranger to her. Would the river also take him away? From her Alabama mansion on the banks of the Chattahoochee River, Lily watches the steamboats pass and dreams of falling in love with the perfect man, giving him her whole mind and spirit. But when the river gives her an irresistible steamboat captain, Lily is torn between him and her pledge to marry the wealthy man her parents have chosen for her. Torn by her love for the mysterious captain, she struggles with duty, honor and faith. Like the river’s dangerous currents, her choice will change the course of her life forever.

There is a bargain Christy Barritt book, Dubiosity,  $1.99. I’ve always liked Christy’s books and have been reading her for years. I’m excited to find a book I haven’t read yet.

Savannah Harris vowed to leave behind her old life as an intrepid investigative reporter. But when a friend raises suspicions about two migrant workers who’ve gone missing from the sleepy coastal town Savannah calls home, her curiosity spikes.

As ever more eerie incidents begin afflicting the area, each works to draw Savannah out of her seclusion and raise the stakes—for both Savannah and the surrounding community. Even as Savannah’s new boarder, Clive Miller, makes her feel things she thought long forgotten, she suspects he’s hiding something too, and he’s not the only one. Doubts collide in Savannah’s mind: Who can she really trust?

It’s tempting to keep searching, but I won’t. We need to leave some for tomorrow.

We have had it pretty good the last few weeks, with warmer and dryer than usual weather for this time of year. (It’s not been warm, just not quite as cold as usual.) Our world starts to look a little dirty with road sand showing up where melt has happened, a dusting of snow will make things look clean again, briefly. Clean is good.