Right on! This is shaping up to be another good day for new books.

BookBub has bargain suggestions all new to me. That makes this a good day even before checking them out. They do look good enough, though, to take a chance on them. 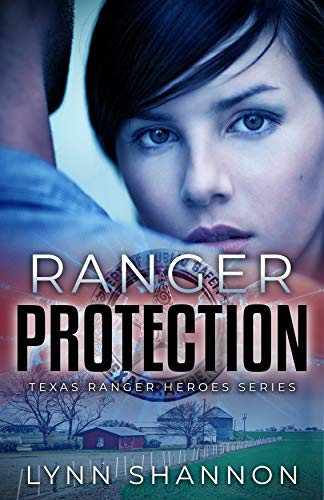 When Dr. Tara Sims is robbed, she fights back to protect her daughter and nearly pays with her life. She’s rescued by Texas Ranger Grady West. Her childhood friend is now a handsome lawman, but Tara refuses to acknowledge the chemistry sparking between them. With a little girl to raise and a growing medical practice, she has no room in her life for romance.

Grady suspects the vicious assault wasn’t a random act. What he can’t figure out is why anyone would attack the single mother. He vows to protect Tara and her little girl while keeping his growing feelings for them out of the equation. Getting romantically involved with his sister’s best friend is more hazardous than hunting criminals.

As the threats escalate and evidence links the robbery to a homicide, Tara and Grady realize nothing is quite as it seems. Untangling a web of secrets makes them the target of a madman, and it’s only a matter of time before the killer strikes again…

This novella kicks off the inspirational romantic suspense series Texas Ranger Heroes. Each book can be read as a standalone and guarantees a fast-paced mystery combined with sweet romance.

Hawthorne Bloom is living for the moment, until a beautiful stranger with intriguingly familiar eyes gives him a tongue lashing he’ll never forget. When she shows up again at a family event, Hawthorne finds himself trying to dig a way out of a hole he didn’t realize he was in.

When Avery Chase returns to Indiana, the last thing she expects is to run into her childhood crush, let alone to realize in the years since she left, he’s turned into a complete jerk. Hoping for a man to change is a mistake she’s made once before and is determined not to make again.

Then again, it’s hard to resist when your childhood crush finally notices you.

A sweet and clean, stand-alone Christian romance novella that will have you falling in love with the Bloom Family. Hoping for Hawthorne is a prequel to the 6-book Bloom Sisters Series.

The BookBub suggestions unearthed some other great suggestions. Bargains too.

Texas Ranger Ben Fritz would give his life to protect Corinna Pike. After all, she’s his captain’s beloved daughter—and the only witness to her father’s murder. When the assassin targets Corinna, Ben dedicates himself to her safety…while keeping his distance. The beautiful ballerina deserves better than a rough-and-tough ranger. Yet Corinna refuses to ignore the draw between them, just as she refuses to give in to fear as danger grows. Ben will need her courage—and love—to guide him through the line of fire when the killer strikes again.

And, last but not least in the mystery thriller department.

Morgan Alexandria moved to Virginia to escape her past…but her past isn’t ready to let her go. Thanks to her ex-husband’s shady dealings, someone’s after her, and if it weren’t for Jackson Sharo, she might already be dead. Can Morgan trust Jackson? Maybe not. The former big-city cop is practically a stranger. But trying to handle everything on her own just leads to new disasters. And without Jackson’s help, she could find herself running right into a trap….

Some days the suggestions look a little Ho Hum, not so today. I can see some serious reading happening in the days ahead.

on this bright and sunny Saturday.

Looking out at the beautiful day you would never guess there was an intense storm in the middle of the night. It was loud enough to wake this heavy sleeper. An impressive noisy lightening show with bouts of torrential rain.

It was the cloud to cloud kind of lightening. A beautiful light show that goes on and on across the sky like strings of flashing Christmas lights.

Too bad I couldn’t stay awake long enough to hear it end.