This is turning out to be a good book day and I’m looking forward to these new reads.

BookRunes has the interesting FREE collection suggestion for us today. We have downloaded and enjoyed the first book in this series and it’s exciting to have the opportunity to experience the next four. Not only that but this suggestion has expanded into more. 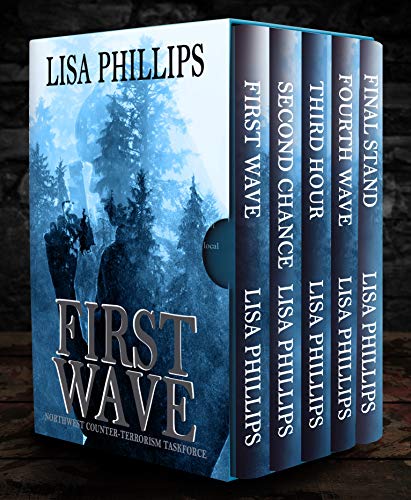 Book 1: First Wave
Just another Friday night. Or is it?
Homeland Security Agent Dakota Pierce is in the Washington backwoods to sniff out domestic terrorism.
DEA rookie Josh Weber and his dog show up to uncover a mystery of their own. When a young woman’s body is discovered, everything points to a local militia.

Book 2: Second Chance
The agent left behind. Stuck on probation with nothing to do but busywork.
Niall’s case points to a research college hiding more secrets than the local police. He meets Haley, who is looking for her missing friend. The former Navy sailor won’t stop until she’s figured out what the disappearance has to do with the Russians in Portland. When the two collide, a bigger plot is revealed. One that puts hundreds in danger.

Book 3: Third Hour
Hiding from her enemy.
Talia takes an assignment at a bank, where she meets a dashing Secret Service agent. Before anything can happen, the NSA analyst is implicated in a cyber-crime. Mason knows there’s more going on, but Talia won’t tell him what happened to her.
When the hacker closes in, and the Secret Service office is targeted, the only way to uncover what’s really going on is for them all to trust each other. But with their histories, that’s a whole lot easier said than done.

Book 4: Fourth Day
A dead woman returns. The trap is set.
Allyson can’t get caught up in feelings. Not when there’s work to do. The night her phone rings, the voice on the other end changes everything. Drawn into the latest Northwest Counter-Terrorism Taskforce case, Allyson has to figure out where her loyalties lie. Sal knows things are changing with the team, but he isn’t sure what’s next for him. As soon as he clears this one last investigation he’ll figure it out. Trouble is, finding Allyson might be the hardest thing he’s ever done.

Book 5: Final Stand
A vendetta. The biggest case of her life.
Victoria Bramlyn has been a spy, a State Department Director, team leader and friend. But there’s one role she’s never realized. The woman in Mark Welvern’s life. When the capture of a corrupt FBI agent and one of the FBI’s Ten Most Wanted is finally within her grasp, Victoria has to make one last choice between the people she loves and the score she needs to settle.
Mark has loved Victoria for years. But there just might be too much history between Victoria and Mark for them to make a relationship work. When the truth about everything she’s done comes to light, his loyalty to her is tested and he is forced to decide between duty and having what he’s always wanted. Will he give it all up for her? 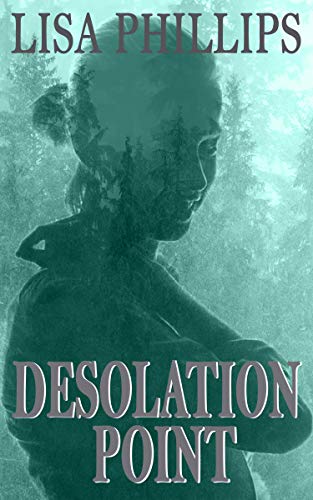 A town under siege.

Someone has Malvern County in a choke hold. Sheriff’s Deputy Ellie Maxwell knows something is wrong in her town. When her boss tells her to drop the case, she reaches out to the only resident who can help her.

Drew Turner is a private investigator with more secrets than the town. But he’s the only one Ellie can trust. The only one who can find out the truth.

Ellie and Drew have to figure out what’s going on before the fallout destroys an entire town, and loneliness ends both of them.

This novel features characters from the Northwest Counter-Terrorism Taskforce, but isn’t part of the series.

His sister has been kidnapped.

A disgraced woman is targetted.

Who is telling the truth?

Navy SEAL Bradley Harris returns home to find his sister, Senator Rachel Harris, has been abducted. The FBI’s prime suspect is Alexis Calvert, Rachel’s best friend and the woman he gave his heart to long ago. Proving she’s innocent is going to be tough. Especially when he realizes the truth behind Alexis’s public shaming. Bradley must get his sister back and protect the woman he loves before the worst happens…and he loses everything.

It took three tries to get to the book I’m currently reading and enjoying. It was easy to drift away from the two ahead of this one and move on. I’ll circle back later for another try, or at the very least just to see how they ended.

An accident, a loss of memory, a past that could ruin her future!

She has no memory, no idea of who she is or how she landed in the hospital. The only thing she remembers is fear, but fear from what? Will her memory return in time to save her from danger?

Dr. Brody Cavanaugh thought he was done with love when his wife passed away. Now, a mysterious woman has appeared in his life, and something about her intrigues him. But when her past paints a different picture of her, will that tear him apart?

And what happens when the owner of the black Ford truck returns?

It’s Friday, and it’s going to be a scorcher. A cool start to the weekend!