This first one was a quick read. Several hours from beginning to end, which was nice as I was only taking a break from the book I was really reading. This story has depth and was fresh and engaging, my favorite parts. I just noticed (it seems I had forgotten) there were 252 pages. It went by so fast it doesn’t seem possible. It was good anyway. 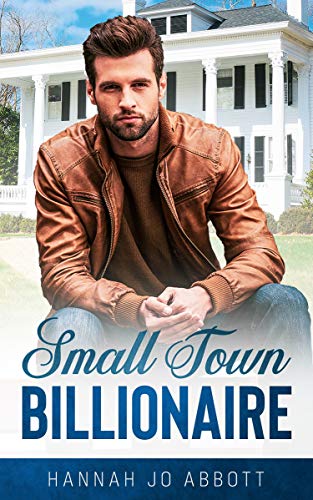 A billionaire looking for a change and a woman who wants nothing to do with him. Can he convince her that he’s more than money?

Hudson Jennings wants to get away from the world of business his father is trying to trap him in. He’s seen what it’s done to his family, and to his ailing mother. Why not buy a house in a small town and move far away from it all?

Shannon Kendrick is graduating college after six long years of putting herself through school and working at a country club. She’s ready to start her career and help people that are less fortunate. When she meets a guy who has it all and he’s rude to her, she chalks it up to being a rich, entitled, son of a billionaire.

When Hudson needs to host an event, he is paired with Shannon to make the necessary preparations. She can’t stand the sight of him, but her spunky personality and determination to do the right thing sparks a light in Hudson that he hasn’t known before. He wants to know more about her, but he also wants to protect her from the life he leads.

This next one was a favorite read too. There was an unusual slant to the story and it was awesome.

Josephine Nordegren is one of three sisters who grew up nearly wild in southwestern Colorado. She has the archery skills of Robin Hood and the curiosity of the Little Mermaid, fascinated by but locked away from the forbidden outside world–a world she’s been raised to believe killed her parents. When David Warden, a rancher, brings in a herd much too close to the girls’ secret home, her older sister especially is frightened, but Jo is too interested to stay away.

David’s parents follow soon on his heels, escaping bandits at their ranch. David’s father is wounded and needs shelter. Josephine and her sisters have the only cabin on the mountain. Do they risk stepping into the world to help those in need? Or do they remain separated but safe in the peaks of Hope Mountain?

I’m currently 2/3 of the way through reading this next book. I took a little break to read the first book (above) but will finish this one for sure. Things are not staying bargains for any great length of time it seems. This is the third one in a row to be back at full price.

She is the only one who can tell the police who attacked her in her home.
If only she could remember …
Summer Velasquez is on the run from a man she has no recollection of after an attack she can’t recall.
Every face in the crowd is a potential suspect, so how is Summer supposed to know who is a threat to her and who isn’t?
After fleeing her assailant and the parents who lied to her about what happened, she changes her name and seeks refuge in Elora, Ontario. The small town feels familiar, although she has no memory of ever having been here.
Even in what should be a safe place, she can’t shake the feeling that she is being watched.
When Ryan Taylor strolls into the Taste of Heaven Café where she works, Summer is immediately drawn to him. However, he may not be who he says he is either. As her suspicions grow, Summer prepares to run again.
But at least one person is determined to stop her. Permanently. And if she can’t remember who he is, this time he may succeed.

One new book is a bargain at a $1.39. Things change so fast I figured it would be a good plan to snap it up. I’ve read one other book by this author and enjoyed her sense of humor. I look forward to seeing what this one will be like.

When the truth behind her husband’s death comes to light, Jordan will need strength as strong as steel to survive.
Jordan Regent finds herself a widow, running her husband’s steel business. One night while sorting through her husband’s things she discovers a secret that threatens her future. As her life unravels, Jordan must hold on to her faith and fight to survive.
Ryder Foster is a lawyer who offers to help with her husband’s business as well as personal affairs. As they search for the truth behind her husband’s death, their attraction to each other creates complications and the threat to Jordan increases. Will Ryder be able to help her face the threat and will Jordan be able to let go of the past?

Well, this post turned into something more than expected. I felt like I had nothin’ to start with.

A new book too, how great is that.