BookBub has a FREE suggestion for us today. A Mystery from a favorite author. 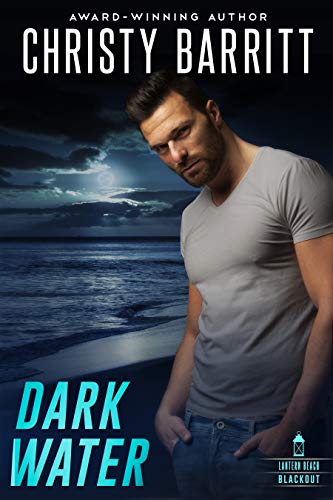 A FORMER NAVY SEAL HAUNTED BY HIS PAST

Colton Locke can’t forget the black op that went terribly wrong. Desperate for a new start, he moves to Lantern Beach, North Carolina, and forms Blackout, a private security firm. Despite his hero status, he can’t erase the mistakes he’s made.

A WIDOW WITH SECRETS

For the past year, Elise Oliver hasn’t been able to shake the feeling that there’s more to her husband’s death than she was told. When she finds a hidden box of his personal possessions, more questions—and suspicions—arise. The only person she trusts to help her is her husband’s best friend, Colton Locke.

THE FIGHT FOR JUSTICE

Someone wants Elise dead. Is it because she knows too much? Or is it to keep her from finding the truth? The Blackout team must uncover dark secrets hiding beneath seemingly still waters. But those very secrets might just tear the team apart.

After a failed engagement, Captain Andrew Lee James has focused on building a career in the Army he loves. That commitment includes helping a feisty, out-of-work ballerina whose devotion to her grandmother’s dying wish immediately grabs his heart. She’s the one, but will he be able to win the heart of a woman who has vowed to never be involved with a soldier?

College graduate Clara Malone swore to never love anyone in the military again but when her dying grandmother asks her to deliver a love letter to the general who broke her heart decades ago, she agrees and finds herself escorted by a handsome Army captain whose kindness challenges her beliefs. Surrounded by desert willows that shower her path with pretty pink flowers and sing with the buzzing of hummingbirds, Clara enjoys the wild beauty of El Paso—and her time with Andrew—more than expected.

The Forgotten Life of Evelyn

Facing bankruptcy, a high-end interior designer returns to her childhood Tennessee to salvage her company and finds herself tangled in relationships, property disputes, and a past that refuses to be silenced.

In a desperate attempt to save her company from bankruptcy, designer Evelyn Lewis decides to sell the only memento from her past worth anything—the family farmland. Determined to get in and get out of the abandoned property, she finds the valuable land tangled in a trust, and wonders who she can really depend on. Certainly not the property manager and affable Southern gentleman, Taylor Simpson.

Caught up in the mechanics of a farm, a legal document she can’t break, and pressure from her company for money, Evelyn turns to her own wiles and willpower…but can she resist the South’s wooing?

Determined to unearth the truth about her DEA agent brother’s reported death, Rachel York takes a nanny position at an historic Charleston tea plantation. She finds she is ill prepared to deal with the plantation’s new owner who is overflowing with bitterness and distrust.

Widowed and wounded, former Marine Corps Special Forces operative, Luke Barrett, has enough to handle with his little girl and an historic property to upkeep. The last thing he needs is a feisty, stubborn woman with whom to contend. Yet, Rachel’s determined spirit awakens something in Luke that he thought died a long time ago.

Rand Stafford isn’t looking for true love. He’d ridden that trail until his fiancée left him with a shattered heart. What he needs now is a wife to help him care for his orphan nieces. Desperate, he sends an advertisement to a Baltimore newspaper and hopes for the best.

Fleeing her former employer who would use her to further his unlawful acts, a newspaper advertisement reads like the perfect refuge to Carly Blair. The idea of escaping the city, the intrigue, and the danger to hide herself on a cattle ranch in Kansas is her best shot for freedom.

But its sanctuary comes with a price—a husband. While marrying a man she doesn’t know or love means sacrificing her dreams, it’s better than being caught by the law.

How is the weather at your house today?

It’s 27C here at the moment with an expected high of 31C feels like 40C with the humidity. It was warm yesterday too.

It was quite windy last evening, enticing me to sit outside and cool off a little. It felt like it could be the edge of a storm, turned out it was. We heard this morning a major storm hit further west of us. There was heavy flooding with torrential rainfall. Power outages due to wind damage. The destruction looks like a tornado hit but that’s not been confirmed yet. With so many roads washed out it’s slow-going to restore power.

Life is never boring around here when it comes to weather.

I plan to lay low again today. I know it’s shocking but I’m needing a break from reading. Maybe I’ll break out the new jig-saw from Christmas. I love jig-saws.

It will end up being both. No question.