BookRunes has a FREE suggestion for us today. It appears this is part of a series written with various authors. They are stand alone stories but sometimes their characters will  show up briefly in each other’s books.

Lily used to dream of marrying her math tutor, James.

When she interrupts his wedding, her dreams die as her embarrassment rises.

Five years later, he’s back and wants to know how Lily knew his wife was not what she claimed to be?

Can the Lord bring together two broken hearts?

Especially when her parents and the little town seem so against it?

Book 1 in the same series is still FREE as well. I can remember reading and liking this one in January.

Jack Carlson spied for the union army for four, long years and what did he get for his trouble? Blindness. Battered by the war and lost without his sight, he seeks refuge in Cutter’s Creek, Montana. There he hopes to heal his bitter heart. But he’s going to need a lot more help than what he can come up with. His cousin, the local preacher, thinks so too and sends off for a mail-order bride for him, praying a wife will do the trick.
Willow Bennett has been in love with the same man all her life. As a young girl she followed Jack Carlson and his friends until they managed to out run her. As a young woman…well, a girl can dream, can’t she? Imagine her surprise when she becomes a mail-order bride and discovers Jack is her intended! That’s not the only surprise she gets in this story of forgiveness, hope and love.

A FREE novella from an author we have seen before.

Out of the Storm (Beacons of Hope)

Having grown up in a lighthouse, loneliness is all Isabelle Thornton has ever known–and all, she assumes, she ever will know. But when her lightkeeper father rescues a young man from the lake, her sheltered world is turned upside down.

Bestselling author Jody Hedlund’s Out of the Storm is her first ever novella and introduces readers to Beacons of Hope, a new series set in the 1800s amid the romance, history, and danger surrounding the Great Lakes lighthouses of Michigan.

I’ve just started a new book and it is still a bargain $1.28.  It’s too early to form an opinion. 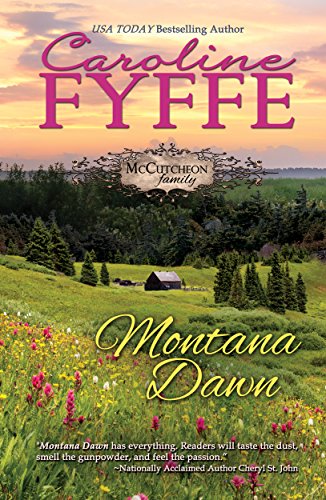 When Luke McCutcheon finds Faith Brown about to give birth in her rickety wagon, his first instincts are to ride for help. Instead, he stays and delivers a beautiful baby girl. Unable to leave the pretty young widow and her little son and newborn unprotected in the Montana wilderness, he brings them along on his family’s cattle drive, to the absolute delight of the other friendly cowboys.