BookBub has a FREE Thriller suggestion for us today.

Reporter Hudson Ambrose hears an early morning call on his police scanner about an injured person at a bus stop on Las Vegas Boulevard and rushes to the scene. His world is blown off its axis when he discovers a murdered homeless man with a bankbook in his pocket showing a balance of almost one million dollars.

Should Hudson wait for the police, knowing the case will get lost in reams of red tape, or swipe the bankbook and take the investigation—and perhaps a chunk of the money—into his own hands?

With sirens bearing down on the scene, Hudson makes an impulse decision that whisks him on a frantic search for answers.

LPC Books has a few suggestions for us this morning. The first on is a repeat from January and I did read and enjoy this one. It’s FREE

The night she dreams of a man strangling a young woman while crooning the lullaby “Hush, Little Baby,” she tries to convince herself it doesn’t mean anything. The next day she’s horrified to learn her dream was reality. Then she dreams the second murder….

Detective Ford Jamison is called in to help the local police, and he soon has a working theory about the murders. His belief that the killer is using the lullaby as a “blueprint” to target women who resemble Lacey, doesn’t slow the killings. Lacey is now afraid to fall asleep at night because the next face she sees in her dream might be her own.

As a hurricane churns ever closer to the little coastal town, danger and suspicion spins out of control. Time is running out. Can they stop the killer before the last verse of the lullaby?

The second LPC Books FREE suggestion is a repeat from November and it’s also one I’ve read and remember. 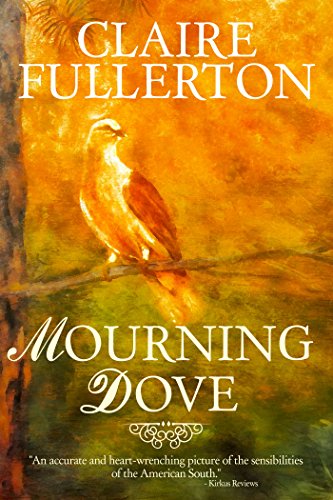 The heart has a home when it has an ally.
If Millie Crossan doesn’t know anything else, she knows this one truth simply because her brother Finley grew up beside her. Charismatic Finley, eighteen months her senior, becomes Millie’s guide when their mother Posey leaves their father and moves her children from Minnesota to Memphis shortly after Millie’s tenth birthday.

Memphis is a world foreign to Millie and Finley. This is the 1970s Memphis, the genteel world of their mother’s upbringing and vastly different from anything they’ve ever known. Here they are the outsiders. Here, they only have each other. And here, as the years fold over themselves, they mature in a manicured Southern culture where they learn firsthand that much of what glitters isn’t gold. Nuance, tradition, and Southern eccentrics flavor Millie and Finley’s world as they find their way to belonging.

But what hidden variables take their shared history to leave both brother and sister at such disparate ends?

The third LPC Books FREE suggestion is also from November and has been read and enjoyed. I’ve read a few in this series and remember them all. Well worth the read, in my estimation.

The children who enter The Main Street Clinic to see dedicated family therapist, Katie Collier, are brokenhearted and traumatized. But all is not lost; inside her clinic, Katie has built a refuge of help and hope.

In life, Katie struggles to find balance. At home, she must meet the needs of her husband while quelling the mounting insecurities of their adopted daughter, Bailey. At work, she struggles to save her young clients at any cost, including three-year-old Sara Beth Martin—the clinic’s youngest client—who pulls at Katie’s heartstrings. But Sara Beth isn’t the one with issues; Katie spots frightening symptoms in Sara Beth’s mother.

Katie is devastated when authorities discover the toddler dead in a parked van during the hottest part of a Texas summer, but she also wonders … was this a tragic accident or was the child murdered?

If you are looking for Romance Jennifer Youngblood has a bargain suggestion at $1.41 CDN

Cooking With the Doc (Falling for the Doc Book 1)

Restaurateur Harper Boyce is content with her life in the quaint coastal town of Clementine, Alabama where life rolls along at a smooth, predictable pace. Then in a blaze of fanfare, in strolls the town’s new doctor and things get … interesting.

Sam Wallentine was looking for a quiet place to recoup from emotional and physical battle wounds. He never expected to become smitten by the blonde-haired, blue-eyed beauty whose wit is as saucy as her cooking.

Not a bad day for book suggestions.

Happy Reading, wherever you are!