BookRunes has a bargain book for us today that looks interesting. A Mouse for the Duke $1.31

The Amazon quote below makes this story sound quite enticing. A spunky and enterprising young woman, at a time in history when life was a man’s world and women were thwarted from business involvement. Thwarted is not too strong a word. 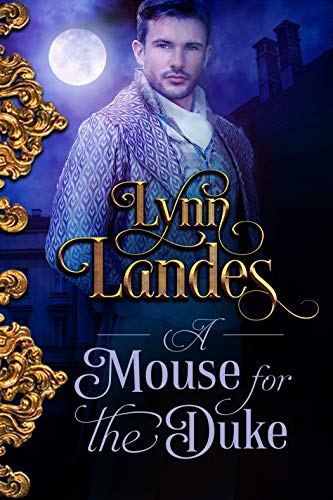 Lord Declan Sheridan is content growing the family business. There’s no time for courting. He’s put all his energy, money and time into his custom furniture line. Declan is unprepared for the ultimatum given to him by his grandfather, the owner of Sheridan Furniture. Marry by Christmas or lose his inheritance!

London Taylor works as a lady’s maid by day, while secretly playing the stock market. Becoming “the mouse” was necessary to get the job. Everyone warned her that Tessa Hubbard was horrible to work for, but the job came with perks. It was supposed to be a simple thing. Wear a disguise, work hard and secretly play the stock market. When London overhears a plot, she is forced to make a choice that will alter the path of her life.

Currently, I’m still working on reading the mystery collection A Date With Danger.

It’s slow going for me, what with being distracted by a large work project that showed up demanding attention. But, there’s another book that’s been in my thoughts even more than this neglected collection. It’s one I’ve started but set aside, in a responsible moment.

This was recommended in an author’s (Chautona Havig) regular email. It is full price, not even a bargain, but I succumbed to temptation to check out this new  (to me) author.

Daniel, Kelly, and Milly appear to be the perfect family. But an old camera will expose secrets no one wants developed.

Daniel Whitely is a successful marriage counselor and bestselling author, yet his own marriage is in crisis and his daughter is drifting further away each day. To make matters worse, the deadline for his second book has come and gone, and he still hasn’t written a single word.

When Daniel inherits an old camera from his grandfather, he notices an inscription on the bottom: “No matter what you think you might see, the camera never lies.”

Daniel is about to use his grandfather’s camera but he is disconcerted: he hasn’t taken any pictures and yet the old fashioned role of film is full.

When the pictures are developed he is incensed. Telling private moments are captured with the subjects of the photos seemingly unaware of being observed. He is set on finding out who has been using his camera without permission.

He has suspicions but he’s never right, which is embarrassing.

I stopped reading at a very intense moment … it’s hard to go back just yet, his sky is about to fall in and he’s not helping himself. I think I’d better stick with A Date With Danger a little bit longer, except I’m torn – I can’t stop thinking about his families dilemma.

in the meantime …  Happy Reading