Lately, I’ve been feeling like I’m in a rut. Same old same old. It feels like I need to find a way to swim in a different part of the pond, to change things up a bit.

When I look back at the books I’ve been reading for the last month or two, the rut feeling doesn’t really hold up. Yes, I’ve been spending a lot more time with certain authors but there have still been a good number of new ones.

Maybe it’s not the part of the pond that’s the issue, maybe it’s the route I take to get there.

A different route works for me when I’m driving so why not here too.

With that in mind, I thought I would sign up for Kindle Unlimited and give it a try. See if it will give me new avenues of exposure. I’ll let you know how that goes.

Another new opportunity presented itself this week, as well.

I saw an ad from a publisher, Lighthouse Publishing of the Carolinas. It sounded like they were looking for new readers for new books as they came out. If you signed up you would be added to the list to receive free copies. They publish about 40 books a year and you pick and choose which ones you might be interested in reading. I signed up, of course. There have been several emails already, and I’ve ordered and enjoyed reading three or four of their books. It looks like a good chance to see some I may not see anywhere else.

I’m not entirely sure it is what I thought it was – new books just coming out. But, that may be ok, as long as it adds freshness to my reading choices.

Today’s book is one I found on Kindle Unlimited 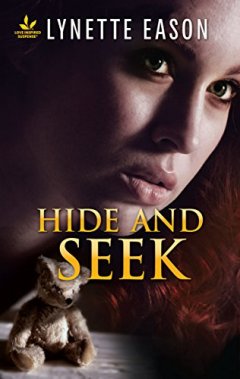 Devastated by the kidnapping of her three year old daughter Molly, Erica James becomes a skip tracer, helping others find their missing children while searching for her own. And, she’s good at it.

It’s been three years with little-to-no progress in finding her daughter but today they have a new lead. A piece of Molly’s clothing was found in a crack-house raid and they were able to lift a fingerprint. It belongs to a girl known to police as a drug addict.

Erica has the address and is determined to see for herself if there are any other clues that may have been overlooked. GPS has taken her into an unexpected rough area where it isn’t safe and she realizes she should not have come on this quest alone. A couple of menacing  shapes are approaching the back of her parked vehicle when a police cruiser appears on the cross street ahead of her. The guys quickly disappear. Shaken, she calls her brother for backup and promises to stay in the car until he gets there.

She meant to wait but screams from the girl she saw entering the house has her running to see if she can help.

Max Powell is a private investigator looking for his illusive, and rebellious, addict sister. He’s heard the same report Erica has and hopes to find Lydia tonight. When he parks behind a car with the driver’s door hanging open he is on high alert. What is going on here?

Erica is inside and in trouble. She has stumbled into the middle of a desperate scene.

From the front door, Max hears commotion inside and can see the trouble. He’s hoping  police will arrive before someone gets killed.

They do, and take charge of the situation, making arrests, but Lydia has disappeared, again.

In the process of explaining to police what they are doing in this house, they realize they are both searching for the same girl. Just for different reasons. Maybe they would learn more if they worked together on finding her.

They have no idea how grateful they will be for that decision.

I am a fan of Lynette Eason and always enjoy her writing.

Look for samples from Lighthouse Publishing choices in a new post