BookBub has a couple of  interesting suggestions for us today. The first one is a historical novel with a point of view I’ve not seen much of. It’s refreshing to learn something new. A bargain at $0.99 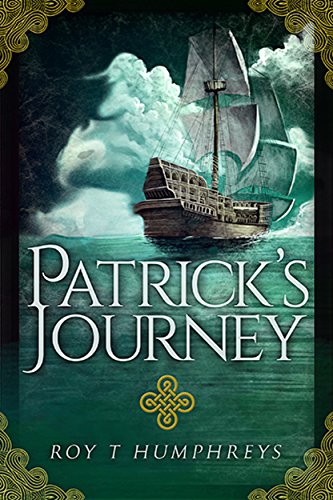 When the convict ship Boddington left Ireland’s shores Patrick Rourke felt as though he was sailing away from his soul as well as from his home land.

Not so very long before he had everything to live for – he was young, strong and healthy, had a loving family and had won the affection of his sweetheart Catherine.

Then, a relatively minor confrontation with the occupying British Redcoats escalated beyond all foreseeable consequences. Patrick became a pawn in the political aspirations of the United Irishmen and suffered the wrath of the British dominated Irish penal system.

With everything he held dear seemingly lost, Patrick found himself thrust into an emotional and physical journey that saw him plummet into the depths of rage and despair as he was transported to the penal colony of New South Wales.

Would he ever see his family or his beloved Ireland again ? And Catherine – all his future revolved around Catherine – what could he hope to offer her now ?

This next BookBub suggestion is FREE. It’s written by an author new to me.

Angels of Humility: A Novel

Pastor Paul is a young seminary graduate called as interim pastor to a small rural church. He is full of zeal, but mostly for self-promotion. He sincerely loves the Lord but his past emotional wounds leave him vulnerable and in need of attention and affirmation. He constantly frustrates his angel, Saldu, who tries to steer him toward a more humble attitude.

Sarah Edwards is a new church member, a recent widow who gets saved at age 71. Unknown to her, Sarah has two angels to help disciple her and she is maturing rapidly in the faith. She is confused by her prophetic gifting, which leads her to offend some church members. She also prayer walks in front of Pastor Paul’s house. When his wife sees her pacing back and forth “talking to no one,” Paul quickly writes her off as a “wacko.”

BookRunes has a FREE suggestion for us.

An independent single mom who doesn’t believe in love at first sight collides with a man who does.
Cyan Hewitt drifts onto his estranged grandparents’ New Mexico ranch in time for Thanksgiving… and stays. As a cyber security consultant, he can telecommute, so why not from here, where his restless soul is soothed and his heart is awakened by the attractive ranch housekeeper?
Maria Sanchez works at Rancho de Esperanza to provide a stable life for her son. She’s content—mostly—in her roles as housekeeper, part-time student, and mom, but when her precocious seven-year-old is diagnosed with diabetes, her world shatters. There’s no time for distractions from the long-term visitor who’s stirring a longing in her for more.

Currently I’m reading a book with an unusual twist. I’m not exactly sure where it’s going but that’s not a bad thing. Doling out information a little at a time adds intrigue to the story.

“Tatlock continues to weave 20th-century history into absorbing, finely crafted literary tales.” – Library Journal
A single mother embittered by an abusive marriage. An adventurous 14-year old son and the 10-year old daughter who adores him. A boarder in the house, a war refugee with a murky past. It’s the summer of 1948, hot, and Polio stalks the children, taking them one by one. When it strikes the son, she wonders if he will be in an iron lung the rest of life? And when redemption comes, it arrives from a most unexpected source.

from a happy camper. That’s me. The prediction for today was HOT and I was scurrying around getting things done before it hit.

It’s a win/win. The tasks are done and the heat hasn’t materialized.

It’s grey and windy and looks like a storm could hit anyway.

I was worried about my newly planted flowering tree. The wind is often wild around here, whipping things around like crazy. The young tree didn’t stand much chance in the last storm and was leaning over before the protective staking could be installed.

I was on a mission this morning, looking for information and a source of supplies to take care of my tree. Information was great but finding the needed stake was a little bit of chaos. It was the blind leading the blind. I don’t think the young guy serving me knew anymore than I did when it came time to find the stake in the back lot of the lumber yard.

I was expecting wood but ended up with metal. It turned out alright. It’s green and fits with the tree just fine. The next challenge was pounding the two of them into the ground. The stake is 6 ft high and I’m not. My neighbor bailed me out and did the honors. Piece of cake for him.

Now I can watch and worry it’s tied too tight.  Maybe it will break off if gale force winds come whipping through.

This is like being a new mom full of insecurities. I worry too much.

I’m going back to my original thought. It’s been a good day. And my tree looks good standing straighter.