1531 Entertainment has a FREE suggestion for us. This is one from last fall and it was well worth the time. 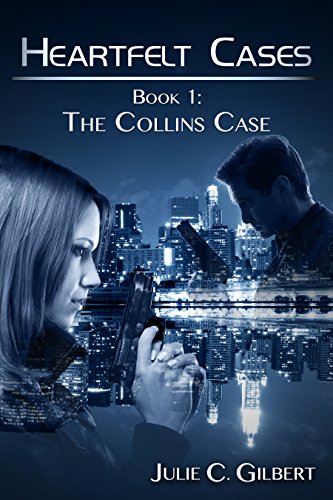 FBI Special Agent Julie Ann Davidson isn’t assigned the case, but she works it anyway because she knows the Collins family. Add in a baffling case of internet thievery, and Ann and her partner, Patrick Duncan, have plenty to think about.

Who took the Collins family and why?

Browsing I came across a bargain worth having. $1.26 CDN We read and enjoyed this one in the fall of 2018. We see Christy Barritt often and this is a good introduction to four of her series.

On her way to completing a degree in forensic science, Gabby St. Claire drops out of school and starts her own crime scene cleaning business. When a routine cleaning job uncovers a murder weapon the police overlooked, she realizes that the wrong person is in jail. But the owner of the weapon is a powerful foe . . . and willing to do anything to keep Gabby quiet.

When Holly Anna Paladin is given a year to live, she embraces her final days doing what she loves most—random acts of kindness. But one of her extreme good deeds goes horribly wrong, implicating Holly in a string of murders. Holly is suddenly in a different kind of fight for her life.

Animal rights activist Sierra Nakamura never expected to stumble upon the dead body of a coworker while out filming a project. She definitely never expected to get involved in the investigation. But when someone threatens to kill her cats unless she hands over the “information,” she becomes more bristly than an angry feline.

Ready to Fumble (The Worst Detective Ever)

Joey Darling, better known to the world as Raven Remington, detective extraordinaire, is trying to separate herself from her invincible alter ego. She played the spunky character for five years on the hit TV show Relentless, which catapulted her to fame and into the role of Hollywood’s sweetheart.

There is also a FREE short story for us. I’ve seen this one before and thought we’d read it, I guess I was mistaken about that.

Take a Chance on Me (Misty River Romance)

Penelope has one iron-clad dating rule—she does not date airmen. Months ago, she relaxed her rule with Eli and immediately lived to regret it. After a long deployment, he’s now back in Misty River and, to her dismay, she finds him just as tempting as always.

April 1st is always the time for practical joke’s, for April Fools Day. I don’t think anyone  felt much like joking this year, at least we didn’t hear about any pranks. I think we all could have used a good smile to brighten our day but I didn’t really feel like joking either. Next year!