My current read today was book 1 in the Garrison’s Law Series. Good news — it’s still on at a bargain price. 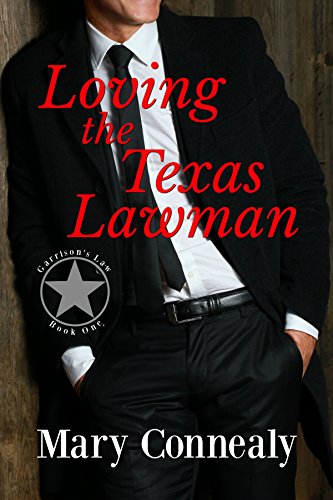 The premise of the story was unique and appealing. The frustration (for me) was a leading character stubbornly lacking in common sense. I can see why characters are written this way – common sense is, after all, boring. Doesn’t mean I have to like it though.

Naivety coupled with the lack of commonsense spells double trouble. In spite of all that I did like her.

There were other redeeming qualities though. The supporting character counter balanced her weaknesses. That was a plus.

Apart from character flaws, the story moved too slowly for my patience. It finally seemed attractive to read every other chapter until closer to the end. It worked well for me, I didn’t have to go back to catch up.

Overall I did like the story and wanted to read the ending for sure.

There are four more books in the series and I plan to keep going, until I can’t.

Trudy Jennings is a college professor with a string of bestselling pop psychology books about answering all of life’s troubles with love.
Ben Garrison is her student. He’s a hardened cop who needs this class to get his degree, but he can’t keep a straight face. He tells her she’s right, as long as she lives in her cushioned, safe life. But for him, using her philosophy, he’ll be dead by the weekend.
A stalker is coming after kindhearted Trudy, and Ben is there to protect her. Trudy faces her first true challenge to turning the other cheek. Her stalker keeps coming despite her kindness and she feels like a failure that she can’t help the confused and frightening man.

They are all still at bargain price. Read along with me and see what you think.

I did find one interesting new (to me) author as I researched prices on the above series.

It’s mystery/suspense. It promises to keep me on the edge of my seat. I’m not handling edge of my seat well these days but I’d like to experience this author so I’ll give it a shot. Besides you may handle suspense perfectly well, thank you very much, so this is for you too.

At the advice of her therapist, homicide survivor Harper Reynolds has traded her job as a crime scene photographer for a more peaceful life taking photographs of the natural world. But her hopes for a life surrounded by the serenity of the outdoors are dashed when she inadvertently captures a murder being committed in Jackson Hole, Wyoming. She flees the scene in fear–and loses the camera.

Former Green Beret Heath McKade is a reserve deputy in an understaffed county who has been called in to protect Harper, a childhood friend he is surprised to see back in the area. When Harper learns that the sheriff’s department can’t find any evidence of the murder she witnessed, she is determined to do what she can to see that justice is done. What neither Harper nor Heath could know is how many explosive secrets from the past will be exposed–or how deeply they will fall for each other.