BookBub has a FREE suggestion for us today.

If These Walls Could Talk (Joe Boyd Suspense Series Book 1)

In Book 1 of the new Joe Boyd Suspense Series, Lt. Joe Boyd and his partner Hank Jensen have been tasked with creating a brand new Cold Case Squad for the Culpepper Police Department. Hoping to garner some much-needed positive publicity, their captain asks them to solve a string of unsolved murders from the 1980’s. Before they get far, Joe is interrupted with an alarming request from his good friend, Professor Jack Turner. Jack and Rachel believe they have stumbled upon evidence of a horrific crime dating back to the early 60’s, when their lake front house was built. Now it looks like Joe’s first case—instead of creating good publicity—might expose a terrible scandal involving a prominent Culpepper family’s ugly secret, one they’ve managed to keep hidden for over 50 years.

Book 1 in the initial series referenced above is a bargain right now ($1.30) and is one of my read-and-enjoyed from a few years ago.

Jack Turner comes back to Culpepper to give a series of lectures for his old history professor. Within days, he starts having bizarre experiences at night. Like he’s traveling back in time, experiencing the epic events in his lectures firsthand. He has no control over these experiences and can’t make them stop.

Joe Boyd thought he’d left big city crime back in Pittsburgh when he took a detective job in Culpepper, Georgia, a sleepy southern college town. His peaceful life ends when two students turn up dead in two weeks. The coroner is saying natural causes, but something doesn’t add up.

Rachel Cook, a teaching assistant at Culpepper, can’t believe Jack is back in her life again. She’s had a crush on him since she was fourteen, but Jack never knew. He instantly seems attracted to her, but she can tell…something is deeply troubling him.
Watching all this from a distance is Nigel Avery. He’s certain this experiment’s about to unravel. It’ll be his job to tie up all the loose ends when it does.

Another read-and-enjoyed is currently FREE for us to enjoy. 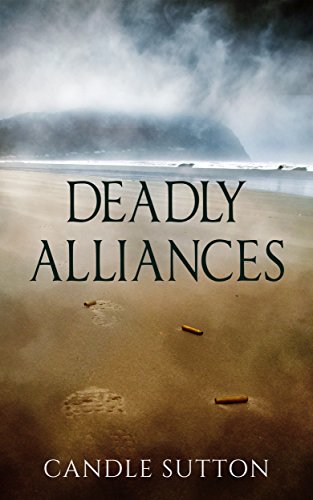 Milana Tanner, deputy for the US Marshals, at your service. I have no past, so don’t ask. And now my future is uncertain, too.

It wasn’t that long ago that everything was fine. My life might’ve even been similar to yours. Until my adopted brother, part of the only family I’ve ever known, joined countless others who call themselves witnesses. As in the “I witnessed a murder and now some really nasty people are trying to kill me” type of witness.

My brother’s under federal protection. I have to say I never saw this coming.

The people after my brother have hired the Shadow of Death to kill him. That’s not the assassin’s real name, of course, but it’s what everyone in law enforcement calls him. No one’s seen this guy and lived to describe him. The man – or woman, no one really knows for sure – could be anyone, anywhere.